As discussed in Part I, chrome plating offers an attractive, durable finish for plastic parts used in a wide range of applications. Although chrome is the ultimate finish for a plastic part, adding chrome plating can’t be an afterthought in your product design. Any surface defects on the part will only become more pronounced once a decorative chrome finish is applied. Chrome requires advance planning and attention to detail in the design of the part, the mold and the specific molding techniques used.

Because plastic parts are lighter in weight and generally cheaper to produce than metal parts, many manufacturers come to Ferriot to discuss replacing a part originally made from metal with one made from chrome-plated plastic. When making the switch from metal to chrome-plated plastic, it’s important to take the time necessary to evaluate the part’s design to ensure electroplatability. This is not the time to take a risk with a less experienced, “shoot and ship” molder. Few injection molding companies are capable of doing their own chrome plating and there are only a handful of chrome platers. Look for a molder with experience in working with a chrome plating specialist. Together they can evaluate a plastic part for platability very quickly and make suggestions for design modifications if necessary. Don’t hesitate to ask to evaluate the quality of the work produced by the chrome plating company before making a commitment.

For new part designs, get the injection molder and the chrome plater involved in the design process as early as possible. Only ABS (acrylonitrile butadiene styrene) and PC ABS (polycarbonate mixed with ABS) plastics can be chrome plated. Although PC ABS is often used to add extra strength to these parts, it also reduces platability to some degree. Make sure you’re using a platable grade of these resins before making a final resin selection. All chrome platers will create a mechanical bond that will not allow the chrome to come off the part. Painted parts create a chemical bond that is easily corrupted, causing the paint to peel. Chrome will not peel if done properly.

For some perspective on what chrome plating involves, here’s a quick overview of the process. First, parts to be plated are suspended from racks using a racking tab on the part or some other place that won’t be visible on the finished assembly. The point of contact between the rack and the part won’t plate.

A competent chrome plater will process the part to add the layers of copper, nickel, and chrome necessary to produce the mirror-like look that truck drivers and bikers prefer. Chrome implies strength, and in fact, the mechanical bond between the plastic and the metal is virtually impossible to break down when the plating process is performed correctly. Chrome plating won’t peel unless there has been an error in the plating process or the part design.

Mold designers need to understand the various design limitations the chrome plating process imposes. For example, the mold designer must consider how the part will be attached to the plating rack.

The interior surface of the mold itself must be highly polished to produce a good surface finish on the component. A mold with a #1 diamond polish will produce a mirror finish.

Before molding, the ABS or PC ABS resin should be placed in a dryer for a minimum of four hours at a dewpoint of -40 degrees celcius. If there’s moisture in the resin, or if the tool is not vented properly, then when the plastic part enters the etch tank in the plating process, moisture or air will come to the surface and produce tiny blisters called “splay.”

Avoid molding in sharp edges and corners; they will create areas of high current density during the electroplating process, which will lead to a heavier buildup of plating in those areas.

Prevent “gate blush,” the cloudy or hazy discoloration of the plastic often found near gate locations, where resin enters the mold interior. The plastic in that area can be weaker than in the rest of the part.

Be careful about locating ribs, bosses or other heavy sections on the back side of the part. If mislocated, they can cause sink marks on the part’s surface that can become more noticeable after plating. Similarly, molding knit lines will leave marks on bare plastic, which chrome plating will magnify; locate these knit lines in areas where appearance is less critical.

Plating parts with flash can be dangerous. Chrome on flash creates a razor edge that can and will injure if not removed or eliminated with proper tool design.

Never use silicone-type mold release agents because they will stick to the plastic surface, leading to incomplete metal coverage or poor adhesion.

Any defect that can be observed with a 5x loupe before a part gets plated will be easily visible with the naked eye.

Don’t look to “shoot and ship” molders to create parts for chrome plating, even with properly designed molds. Experienced molders will shoot resin at higher melt temperatures than usual to provide lower viscosity and less shearing action during injection, which leads to lower stresses and good adhesion. The resin specifications provide temperature guidelines.

Long fill times are essential to produce uniform, low stressed surfaces, so molders need to shoot resin at lower speeds than usual. It’s also important to avoid overpacking the mold because this can create “islands” of polycarbonate on the surface of PC ABS parts where the metal won’t adhere. Pressures that are too high can also produce internal stresses in components, leading to distortion during the chemical processing stages.

Seek guidance early when designing your next chrome plated part.  Getting the molder, plater and design team talking early about part design and decorative finishing will keep the reject rates low and customer satisfaction high.

If you'd like further assistance or have additional questions regarding the use of chrome plating in your product design, the friendly, knowledgeable team at Ferriot is here to help.

Kevin is a Senior Account Manager at Ferriot.
Connect with me on:
Email 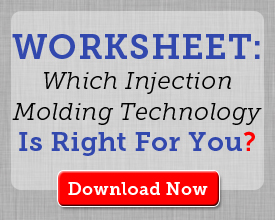 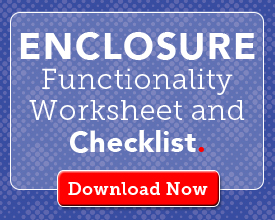 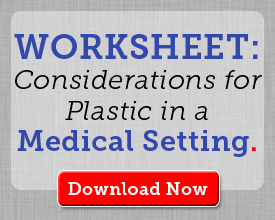